Photo by Prophsee Journals on Unsplash

I’ll start this blog by telling you about one of my habits: as a member of Studyo’s school success team, I keep records on how many kids use our organizational platform each week. Thus, I’ve been able to monitor the work habits for students at each of our partner schools.

Over the course of a few months, I’ve been dutifully collecting this data in a color-coded spreadsheet. And I have to say, the numbers are both illuminating and shocking.

The biggest surprise about school usage?

In the majority of cases, the numbers don’t change from week to week.

Now, the exceptions to this trend are schools who are going through their first year, and experiencing the ups and downs of trying new technology during COVID times. There are also schools who are making Studyo part of a currently-active effort to build good study habits for students.

But without any active intervention, I’ve seen multiple schools that show the same numbers every single week.

One example is a school that has over one thousand students. Aside from major holidays/school breaks, they consistently have a 96% usage rate every week, without fail. This tells me that 96% of students have built the habit of logging in regularly, and around 4% do not. There may be a few kids in there who “flip-flop” as well— sometimes they check their planners, sometimes they don’t— but given that the overall percentage of students never changes, those kids would be a very small minority.

Once you have a habit built, it’s hard to imagine life without it.

Actions like brushing your teeth in the morning or setting out food for a pet are almost reflexive. It’s rarely a question of whether or not you’ll do these tasks, but how and when!

Similarly, we structure our teaching to build the habits of successful college students in our kids, helping them practice important study skills in hopes that they become second-nature by graduation.

Most of the students at that school habitually use Studyo to plan. These kids are entering their personal and academic tasks into their planner, and checking off tasks they’ve completed. Looking into a few planners, some even go the extra mile and regularly plan when to work, as well as chunking their larger tasks.

Now that the Studyo habit has been built, using it is the norm for students— staying organized is as deeply ingrained into their routines as gathering books from their lockers or sitting at their desks. Sounds like success to me!

On the other hand, the students who are inactive on the platform may be missing out on developing and practicing these skills.

As their peers easily and reflexively plan out larger assignments, they may be agonizing over how to start a task, procrastinating, or forgetting important information.

There are upwards of 100 good habits for students to internalize out there, and so many areas of self-improvement to consider— planning out one’s work is only one piece to the puzzle. Hey, there’s probably a whole list of bad habits for students out there to avoid too. But at the end of the day, it’s impossible to change bad habits or develop good ones without continuous effort.

Some say it takes 21 days to form a habit, and 90 days to form a lifestyle change— in other words, the point where an action feels like second nature. 90 days is just about half a school year— and if you’re on a semesterly teaching schedule, it’s roughly  the amount of time you’ll spend with each of your cohorts.

As you demonstrate healthy work habits for students, ensure your kids are practicing the skills you teach regularly— otherwise, they may not stick. Facilitating that time to build positive habits may be the difference between struggle and success for your students! 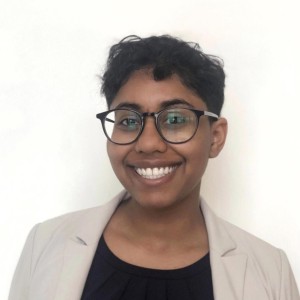 Google Classroom is a trademark of Google Inc.